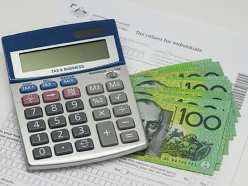 The Tax Office's Assistant Commissioner Kath Anderson has issued a warning to business owners and individuals against claiming "standard" deductions this year.

Anderson has said the Australian Taxation Office (ATO) is gearing up to contact over 1 million Australians about their 2018 tax claims in what will be the ATO's biggest ever awareness campaign to educate taxpayers that they need to substantiate all their expense claims, irrespective of the amount of the expense.

The plan is to contact nearly 250,000 more taxpayers compared to the past financial year with the majority of incorrect claims centred on rental properties and work-related expenses.

There are many common misconceptions around claiming 'standard' deductions

and Anderson says, "The key for most claims is proving and showing the ATO how the money was spent, and how it relates to your work. "People think that they have an entitlement even though they have not spent the money. You have to have still spent the money. It has to be related to earning your income, and you have to be able to show us how you calculated the claim", she said.

Car expenses are a classic example. The ATO allow individuals and businesses to claim a maximum of 5,000 kilometres per vehicle without documentary evidence of the kilometres travelled. This doesn't mean business owners can just claim the 5,000 kilometres, there must be proof that the vehicle is used for business purposes and the basis of the calculation. 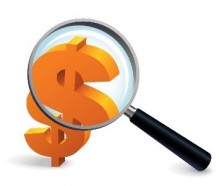 this financial year including cryptocurrency transactions and earnings from the gig economy. Traditional expenses like claiming motor vehicle expenses and the purchase of uniforms remain under the microscope while common mistakes include claiming entire phone bills (including mobile) when only a portion is work-related or claiming heating and lighting bills for 'home office' expenses even though you might be sitting on the couch watching TV and using a computer. Another 'standard' expense claim that is often abused is claiming the maximum $150 for laundry costs even if they do not have a work-specific uniform.

The ATO has strongly reinforced its compliance powers through its data-matching systems and they are also monitoring information that's publicly available on social media channels. For example, they're looking for inconsistencies in what people are reporting as their declared income in their tax returns and what their social media accounts reveal about their lifestyle. A person with a low income but multiple photos on social media with boats and sports cars is like waving a red rag at a bull. The ATO have stated, "We only go looking when something doesn't add up. We continue to support those who do the right thing, and identify and take action against those who choose not to. ATO staff are only able to access "publicly available information", with the ATO stating  "there is a lot of information that can be viewed on social media sites without using a login".

Talk to us today about getting your maximum allowable deductions and you can download our Tax Return Checklist from our Resources page along with many other useful tools and checklists for yourself and your business.